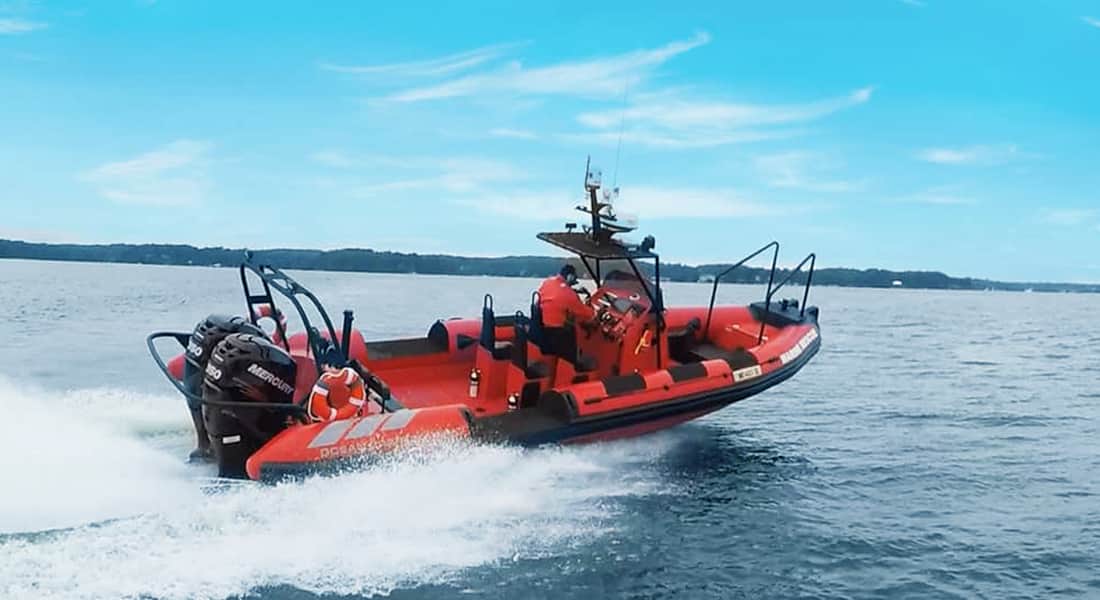 Everything you need to know about rescue boats

There are all kinds of rescue boats and navigating all that jargon can seem daunting. In this article, we’ll explain everything you need to know about the most common types of rescue boats needed by professional organizations, large ships and even recreational yachts.

Rigid Hull Inflatable Boats (RHIBs) are the preferred type of boats of first responders, search and rescue teams and all the professionals on a rescue missions because of the many advantages they present compared to traditional boats.

RHIBs are significantly lighter than conventional hard sided boats making it easier and faster to launch and retrieve via a boat trailer or a shipboard davit. The light weight of a RHIB allows for an increased operational range and fuel efficiency, making it very economical. Its light weight also allows the RHIB to have great maneuverability and gives it the ability to go faster.

For rescue missions, time is crucial as every second counts towards saving a life and as a first responder who need to be ready to go out on the water at any given time, having a reliable craft is of the utmost importance. These professionals use RHIBs because they know that these rescue boats are designed to handle any sea condition. A rescue RHIB designed boat allows you to reach very shallow water and to beach the boat close to the shore which is very important for rescue missions. At OCM, we work hand in hand with rescue professionals to custom-designed a rescue boat that responds to their needs so they can focus on fulfilling their missions.

In our next blog, we will go more in details in the advantages of a RHIB. 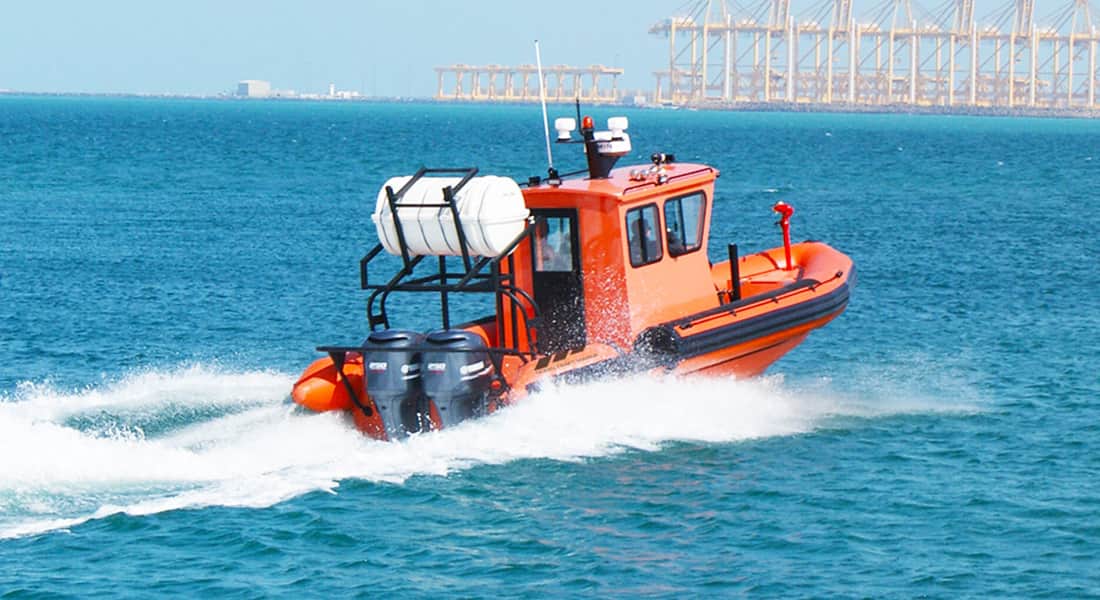 They are small crafts located onboard a ship designed to allow for emergency deboarding by passengers in the event of a catastrophe aboard the ship. Lifeboats may also be rigid inflatable boats or inflatable boats. The inflatable types are sometimes referred to as liferafts. In the military, a lifeboat may be referred to as a whaleboat, dinghy, or gig. The ship’s tenders of modern cruise ships are often designed to double as lifeboats

Ship-launched lifeboats are designed to be lowered from davits on a ship’s deck, and are unsinkable, with buoyancy that cannot be damaged. Lifeboats are usually equipped with flares and/ or mirrors for signaling, several days’ worth of food and water, basic first aid supplies.

Life rafts may be equipped with auto-inflation (carbon dioxide or Nitrogen) canisters or mechanical pumps. A quick release and pressure release mechanism is fitted on board ships so that the canister or pump automatically inflates the life raft which breaks free of the sinking vessel. Commercial aircraft are also required to carry auto-inflating life rafts in case of an emergency water landing, and are also kept on offshore platforms.

At OCM, we manufacture professional inflatable boats for rescue using the highest quality material such as Hypalon. 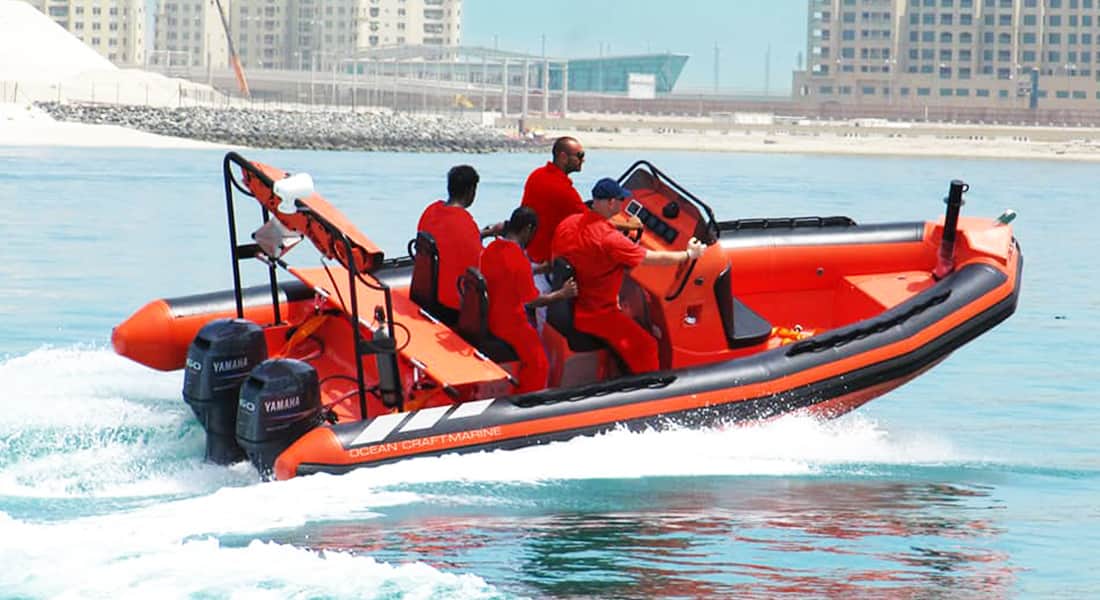 The International Convention for the Safety of Life at Sea (SOLAS) requires that all vessels at sea including private yachts and small crafts on local trips as well as commercial vessels to be equipped with what became known as a SOLAS rescue boat which is a rigid inflatable boat designed to meet the strict requirements and specifications as outlined per the convention in order to ensure safety of life at sea.
At OCM we are proud of to be one of the only American manufacturer of SOLAS rescue boats.
For more information on chapter 5 of the SOLAS Convention, click here